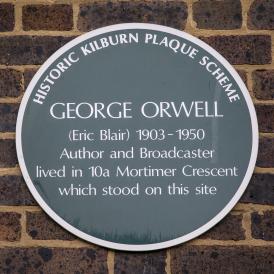 Wayback to The Future

Seventy years ago, George Orwell, whose real name was Eric Blair, published his ominous dystopian novel, 1984, in 1949. Orwell's book about government overreach was well received and recognized as a masterpiece. Ironically, in July 2009, in an Orwellian move, Amazon secretly erased Orwell's 1984 and Animal Farm from Kindles. Although it's public domain in many countries such as Canada and Australia, it won't be public domain in the U.S. until 2044. Speaking of the future, check out The Future 2pk from MJ Production, 1.5g $7